The Story of Radhika

Bonded by the Power of Mentorship A virtuous mentorship circle

Bonded by the power of mentorship, Radhika, former Little Sister of 10 years, gives back to the community that raised and empowered her as she joins the next generation of Big Sisters.

Growing up, Radhika watched her hardworking mother try her best to raise a good daughter. As a single parent and primary caretaker to her grandfather, her mother felt the overwhelming stress and could see her daughter needing more support in her life. Although Radhika had many extended relatives, being an only child with a busy mother, Radhika felt alone.

Knowing it would be best for Radhika to grow up with a female role model to who she could relate, her mother decided to seek support. Luckily, her mom learned about Big Sisters and the benefits it would provide for her daughter. In 2011, Radhika enrolled in the program and became a Little Sister.

In the first year of her journey with Big Sisters, Radhika was introduced to different mentors until she finally met her “perfect match” – Mentor Inder.

Inder was 19 years old at the time. Although the two had a 7-year age gap, Radhika and Inder quickly built an inseparable sisterly bond. Radhika found her person and no longer felt alone.

After ten years of being matched, Radhika found herself giving a speech at Inder’s wedding. From strangers to sisters, Radhika was proud to share this important milestone with her Big. She, too, was watching her Big Sister grow up.

Radhika vouched that in her own experiences, “having a mentor and someone to just rely on that’s outside your family is really important.” The once Little of the program felt that it was an experience that truly supported her journey throughout high school and the challenges she had to face. Inder was able to be someone that could relate to her experiences, and display a role model figure in her life other than her mom that empowered her to fulfill her potential.

Up until Radhika turned 19, the two enjoyed ordering food for a night in, watching movies, playing board games and just chatting the night away. “I didn’t want it any other way because we truly were at that point, sisters.  Every moment, even if it was just a simple movie, felt special to me,” Radhika described. The two formed a tradition to celebrate their match anniversaries each summer with a thrilling river rafting excursion.

After Radhika aged out of the program, Radhika knew she had to give back and reciprocate the experience to build a connection with someone like her younger self. At 19 years old, she was motivated to now step in the shoes of a mentor and potentially be a support system for someone the way Inder was for her when she met Radhika at 19.

Currently, Radhika is in her two-year match with her mentee Fiona (13). The two share an incredible friendship and Radhika continues to build her relationship with her Little.

With a full-time course load, active participation at UBC clubs, and a volunteer commitment with Big Sisters, Radhika said “I make time for what matters to me because I have a lot of attachment to the organization and this match”.

Through the opportunities provided by Big Sisters, Radhika felt that it played a role in her decision to be the person she is today. Radhika and her story continue to inspire us and remind us of how powerful the role of a mentor can be. 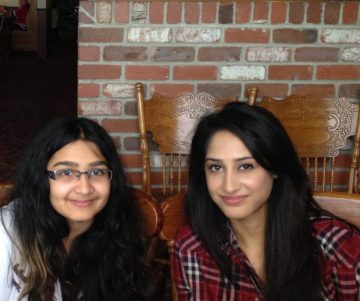 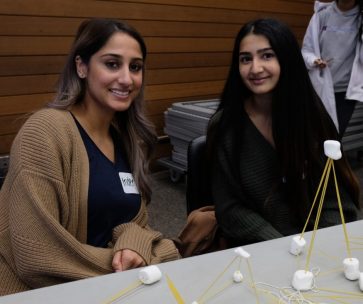 “There’s a lot going on beyond just having someone to meet with once a week. It’s a bond for life and in creating connections and insights that you’re going to take away. I’m sure everyone is going to remember having a Big Sister. I don’t think you forgot that. You’re helping people make memories and support their emotional and physical development. This goes beyond what school can provide you with or what parents could even provide you with. This is like a whole different type of connection that a lot of people do need in times of adversity.”

Meet youth whose potential has been ignited, because of our support

The Match Story of Robyn and Rebecca

The Story of Sruthy

Today we remember the 14 young women who were murd We love receiving feedback from our community and

⏰ Tick Tock ⏰ #GivingTuesdayCA is flying by!

Today's the day ~ it's #GivingTuesdayCA! If you h

Ignite potential in your community and join the so