“I’ve always wanted a big sister, a real one, ‘cause I’m an only child,” says Little Sister Olivia. “Most of my friends have older sisters, and it looks really fun.”

But when Olivia was nine, she was diagnosed with anxiety and it was bad enough that she spent an entire summer indoors with her mom.

“I could barely leave the house without feeling scared,” says Olivia, now 11.

Her mom signed her up with Big Sisters and Olivia was matched with Ally, a 21-year-old kinesiology student. When the two first met a year ago, they were both nervous, but setting a goal for their relationship helped to get them on track. The goal they decided on was for Olivia to experience new things and new environments to help build her confidence and take on the outside world. 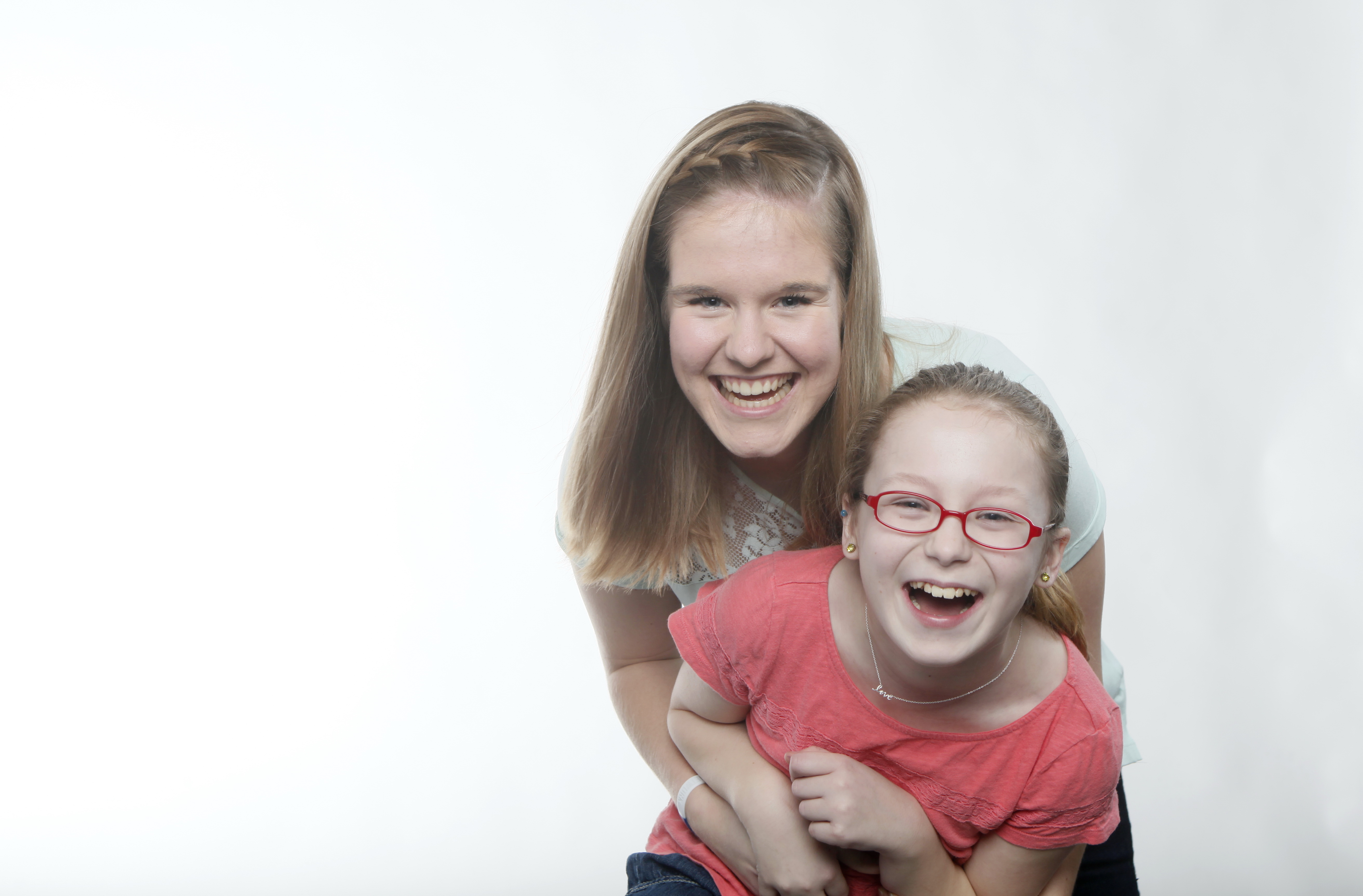 Over the past year, Olivia and Ally have visited the library, gone to the playground, created a scrapbook, and won a costume contest at the Big Sisters Halloween party. One very memorable moment was Olivia’s first attempt at rock climbing. She made it all the way to the top rock, and people noted she had a knack for it.

“I don’t think I would have found that talent without Ally,” Olivia beams.

“Rock climbing was a big day,” Ally adds. “It was something that was new for Olivia, and she tried it and excelled at it.”

Another pivotal moment was when Ally and Olivia joined the Santa Claus parade procession together. Despite her anxiety, Olivia marched in the parade, smiling and waving to the crowds.

“Maybe a year ago, she wouldn’t have done that, but now she’s doing this and maybe that’s because of me,” Ally says.

“She’s a lot more willing to try things now, and I can tell sometimes she’s nervous, but she still sticks it out and pushes through,” Ally says.

Even if Olivia is feeling anxious, it’s reassuring to know her Big Sister is by her side and, on the one-year anniversary of their match, both are happy they’ve found each other.

Olivia’s mom, Kristi, is also thrilled with the match and has noticed that her daughter is more confident in meeting people and trying new things.

“The big thing for me is having someone come into our life and show Olivia that she can go out and do things,” she says. “That makes her able to open her window up a little bit more to other people.”

Today is Thank Your Mentor Day! We want to thank o