Volunteer Mentor Ashley and her Mentee Mariah were matched in 2011. What began as just a mentor and mentee relationship has now blossomed into a decade-long friendship.

Ashley grew up in a single-parent household with her mom and brother. In her teenage years, the family moved around a lot. Oftentimes, she found herself wishing she had a constant figure of support to understand and talk to. The shifts in her life made her wish that she had a big sister growing up. Although a long-term admirer of the organization, Ashley wanted to wait until she felt stability in her life before committing to the program. At age 30, Ashley felt she was ready and officially started her application process to become a mentor at Big Sisters.

“I always knew that I wanted to work with young girls, especially because I had some crappy experiences during high school that made me question who I was and my worth,” Ashley said.

During her application process, Ashley was open to working with any youth. She wanted to keep her options open to being a mentor to anyone in need of a support system. From experience, Ashley knew too well the pressures of being a girl. All she wanted was to be there for a younger person that may have needed the same. Ashley’s passion and drive to help others led her to pursue a career as a probation officer and social worker, more recently becoming a counselor. This also assured her that she was equipped to be matched with anyone despite their challenges in life. Her goal was to be a friend and support system to someone like her younger self, offering guidance and sharing her knowledge from the battles she dealt with growing up.

In 2011, Ashley and Mariah were officially matched. Upon reflection, the two had a hard time remembering the days they weren’t close. The match reminisced the journey they had to build the trust now shared with one another.

Mariah was a shy and guarded child. She was raised by her foster mom and needed another outlet of support. Ashley mentioned her struggles in the first few years to get Mariah to open up to her. Ashley’s drive and passion to be a mentor were questioned by her own self-doubt as she had a hard time building a level of comfort in her relationship with Mariah. However, after a lot of patience, their relationship slowly grew stronger and Ashley’s self-doubt faded away as Mariah began to trust and open up to Ashley and to the world.

Ashley now feels proud of how vulnerable Mariah could be with Ashley and the risks she took to be able to trust her mentor, and now friend. Years later, even after Mariah aged out of the program, the two continue to connect and support each other.

The long-time volunteer mentor currently sits on the alumni committee. She assists with planning engagement pieces for other Big Sisters matches. We asked Ashley why she chooses to continue to stay involved with the organization and take the next step to become a member of Big Sister’s alumni committee. Ashley answered that the meaningfulness and sense of reward in witnessing Mariah grow up and become independent have made everything worthwhile. Ashley mentioned that the outcome she has seen in Mariah has impacted her life so much that she feels she has made such a difference from the simple act of being involved.

Volunteers like Ashley drive Big Sisters towards our mission: Enable life-changing mentoring relationships to ignite the power and potential of young people. Ashley saw firsthand the difference you can make in someone’s life just by being there for them and not giving up even when things are challenging. Her perseverance and passion are the qualities we see in our mentors every day so we thank Ashley and volunteers, just like her, wholeheartedly for igniting the potential in our youth and believing in the power of mentorship. 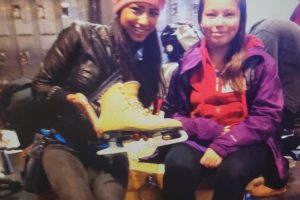 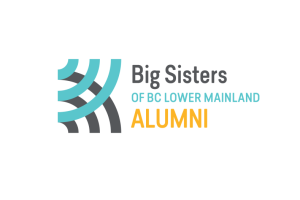 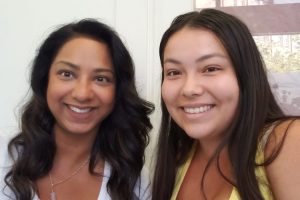