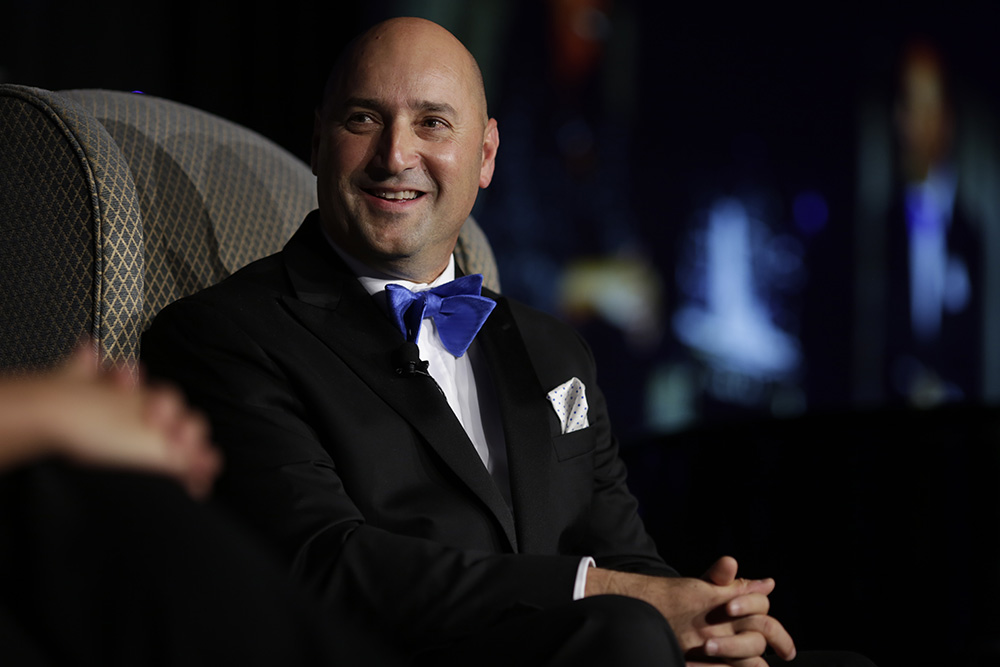 A Luminary inspires and guides others through mentorship.  They are thought-leaders who break down barriers and find innovate ways to empower those around them. Their mentorship makes a meaningful impact on individuals, their workplace, their profession, and their community. A Luminary leads by example, lighting the way for others to follow.

We are honoured to present the 2016 Luminary Award to John Montalbano. Through his work as the Vice-Chair of RBC Wealth Management and through his extensive civic involvement, John has been a powerful mentor to many and demonstrated leadership in promoting diversity and the advancement of women in his professional and personal communities.  Notably, he established the Montalbano Professorship in Leadership Studies: Gender and Diversity at the Sauder School of Business at UBC. And, of course, he is a long-time supporter of Big Sisters, for which we are truly grateful.

John is committed to helping talented youth reach their potential. He supports higher education at the Sauder School of Business at UBC in a number of capacities, has established several fellowships at the University of Victoria and at UBC, and is a trustee of the Killam Trusts, an organization devoted to supporting scholarships for top scholars at five Canadian institutions.

Furthermore, John is the Chair of the Vancouver Public Library Capital Campaign, a Director for St. Paul’s Hospital Foundation and serves as a member of the Investment Committee for the Canada Council for the Arts. As an advisor to the Take a Hike Youth at Risk Foundation (which he helped found) and to the Power to Be Adventure Therapy Society, John is also committed to supporting youth who face a variety of challenges. And that’s not all. John is also actively involved with the Vancouver Police Foundation, Junior Achievement BC, TELUS World of Science, First Light Foundation, and Emily Carr University of Art and Design.

If this list sounds extremely long and impressive, that’s because it is. There’s no question about it. But what really sets John apart was evident when we had the great pleasure of speaking to individuals and organizations who have benefited from by his tremendous mentorship over the years. They responded with such warmth, enthusiasm, and deep admiration. Hear from them below.