We invite you to join us virtually on September 30th, 2020 as a community that supports the potential of girls and youth and to celebrate six amazing women who exemplify the Big Sisters’ legacy and shape our future.  Over the coming weeks, we look forward to profiling our six Luminary Award recipients – showing how each extraordinary individual exemplified the values of Big Sisters and have worked together to make a BIG impact in lives of girls throughout the Lower Mainland. 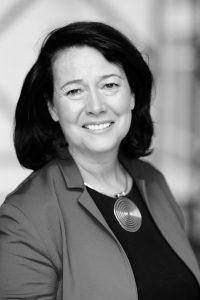 The Honourable Janet Austin is the 30th Lieutenant Governor of British Columbia and former Executive Director of Big Sisters of BC Lower Mainland. Originally from Calgary, Her Honour has spent her professional life building a career rich in meaningful work and volunteer service.

A look back on Her Honour’s career reveals a woman deeply committed to her community. She has worked on issues ranging from social housing and transportation to regional planning and environmental causes. She has been a long-time volunteer with the United Way of the Lower Mainland and has served on the boards of the Canadian Paediatric Society, the Council for Early Child Development, MOSAIC, Translink, the Women’s Health Research Institute and the Dr. Peter AIDS Foundation. “It’s always been important to me to do work that’s socially meaningful,” says Her Honour. “That’s been my guiding principle in pretty much all of the roles that I’ve accepted professionally.” She was the first from the non-profit sector to chair the Greater Vancouver Board of Trade, which epitomizes the value she places on cross-sector collaboration to effect systemic change. With an ability to connect with all walks of life, she can hold any room she’s in and make those around her feel seen, heard and understood.

Her Honour became acutely aware of the great satisfaction that came from her volunteer roles and began to look for opportunities to incorporate them into her work. As a result, she accepted an offer to lead our Big Sisters organization. She had a number of competing job offers at the time, but when she came to know about Big Sisters and what it stood for, she decided to take it. She later became the CEO of YWCA Metro Vancouver and, through these carefully considered career decisions, quickly built a reputation for being a powerful, effective leader who also stays true to her values.

As Executive Director of Big Sisters, she witnessed firsthand the positive impact that our volunteer mentors have on the lives of vulnerable youth. She knows that, even in the best of circumstances, growing up isn’t easy, and that young people can truly benefit from the guidance of a trusted mentor. She, too, had the right person come into her life who helped her change her view of herself as well as the expectations she had of herself, and to see herself as capable.

Big Sisters continues to reap the benefits of Her Honour’s leadership. Our mentoring programs grew and strengthened under her guidance, as did our relationships with key supporters. She maintains a deep respect for our volunteers, their impact and our ability to do much with limited resources. She has served on our Honourary Advisory Board, is now our Honourary Patron and remains one of our greatest champions.